What is a Solar Inverter and How Does It Work?

What is a Solar Inverter and How Does It Work?


What is a solar inverter? 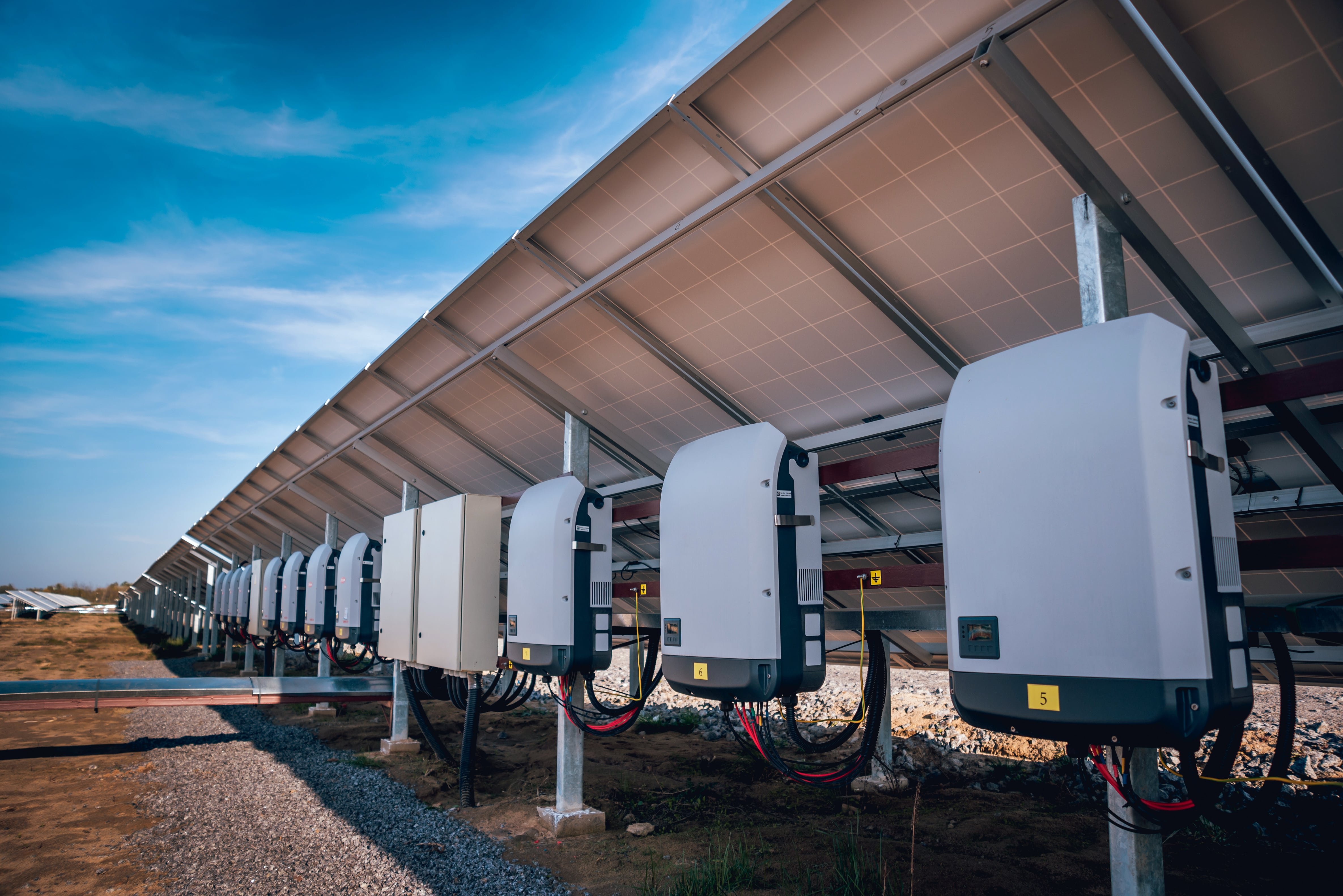 A solar inverter converts energy from the sun collected by solar panels into a form of electricity that we can use in our homes and workplaces.


How does a solar power inverter work? 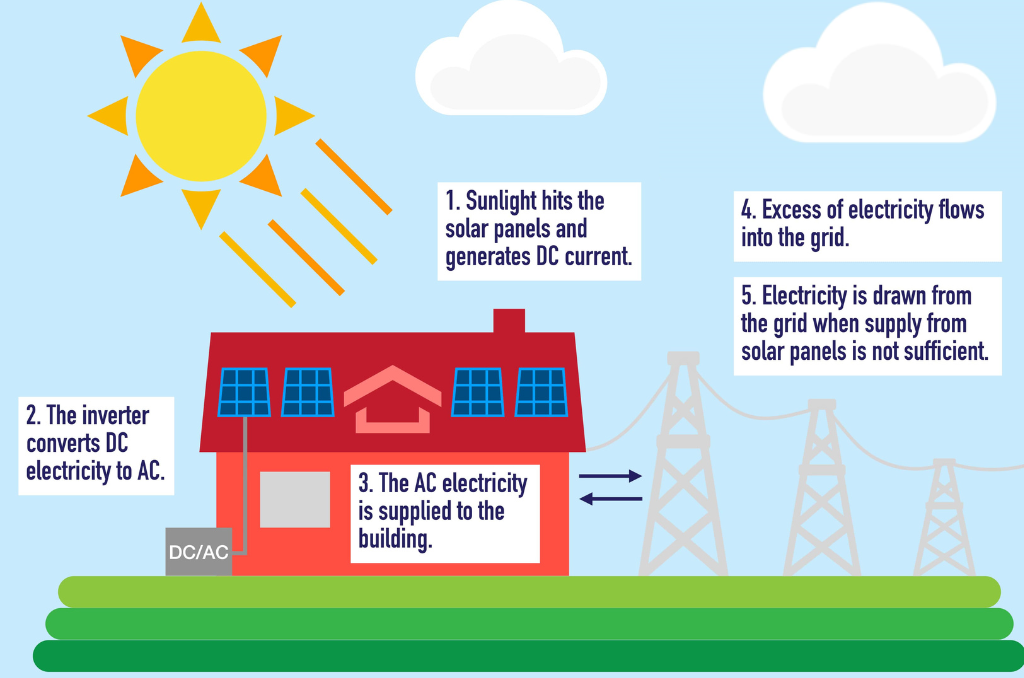 To understand the crucial role that a solar power inverter plays, it's helpful to look at the entire cycle of a solar power system.

Collecting solar energy starts with your solar panels. Photovoltaic (PV) panels capture sun rays which causes electrons in the solar cells to move. This is what generates DC energy. Electrical circuits inside your panels collect the DC electricity from the different panels in your system and send it off to the inverter.

Now that the inverter has achieved the correct electricity input, it sends the electricity to the fuse box. Once the switchboard has received the AC electricity, you can use it to power your appliances and electrical equipment. Any excess power that isn't used up is either sent to a solar battery for storage or it's sent back into the grid.


Does every solar system require a solar inverter?

Solar inverters are an essential part of any solar power system. Without an inverter, you'd be able to collect solar energy with solar panels and store it with solar batteries, but you wouldn't be able to use that form of electricity to safely power your home or property.


What are the different types of solar inverters?

Some solar panel systems have a single solar inverter that connects to a series of panels. Others have an inverter for each individual solar panel in the system. Solar inverters can be different sizes and capacities, depending on the size of your panels and how much electricity they are generating.

The best solar inverter for your property depends on what size solar energy system you have, where your panels are placed and whether or not you have battery storage. Of course, budget and longevity are important factors to consider too.

The main types of solar inverters in Australia are: 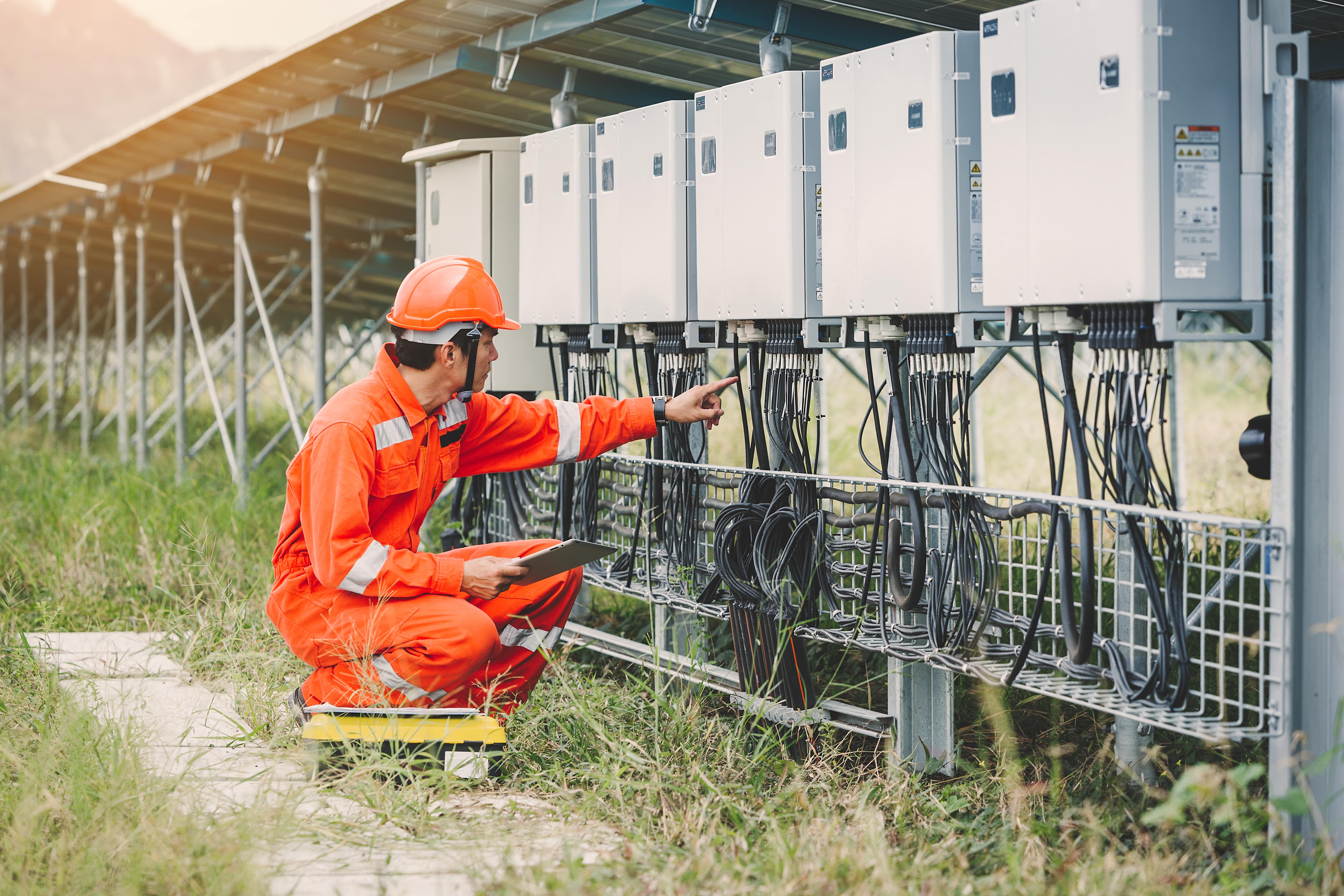 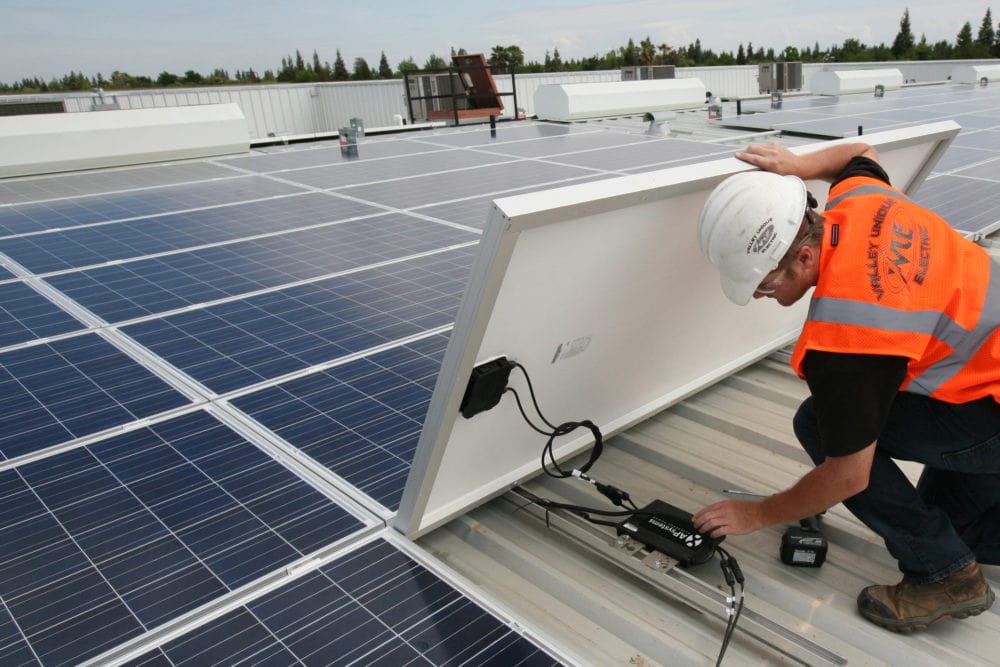 Microinverters are small inverters about the size of a standard paperback book. They are installed directly on solar panels, one inverter per panel. Thanks to this set up, microinverters allow you to optimise each individual panel for better energy output. For this reason, they are often used when you get partial shading on solar panels. 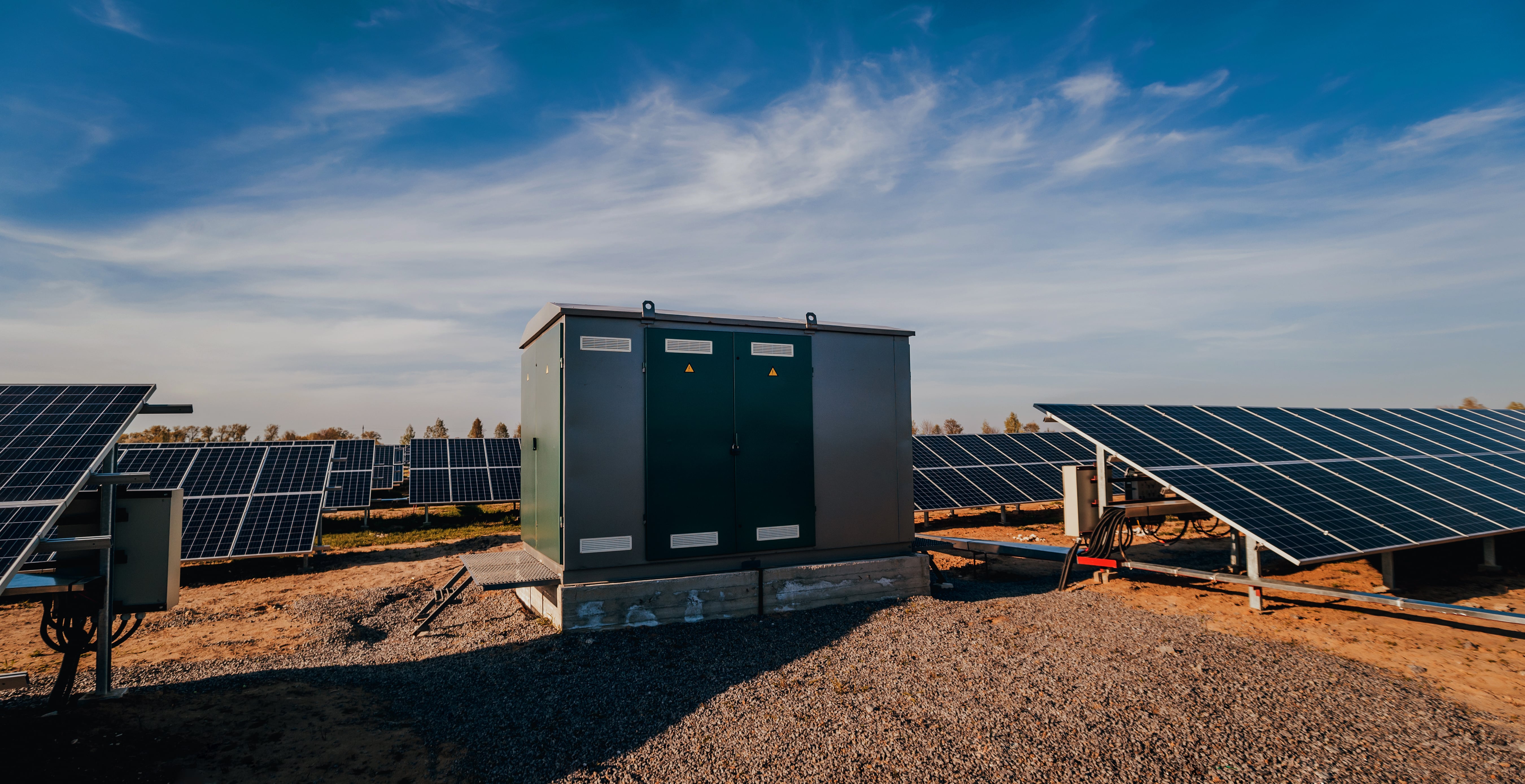 Central inverters are large scale inverters used in commercial solar systems and solar farms. They look like a metal cabinet and are designed to handle systems with hundreds of kilowatts or megawatts capacity. 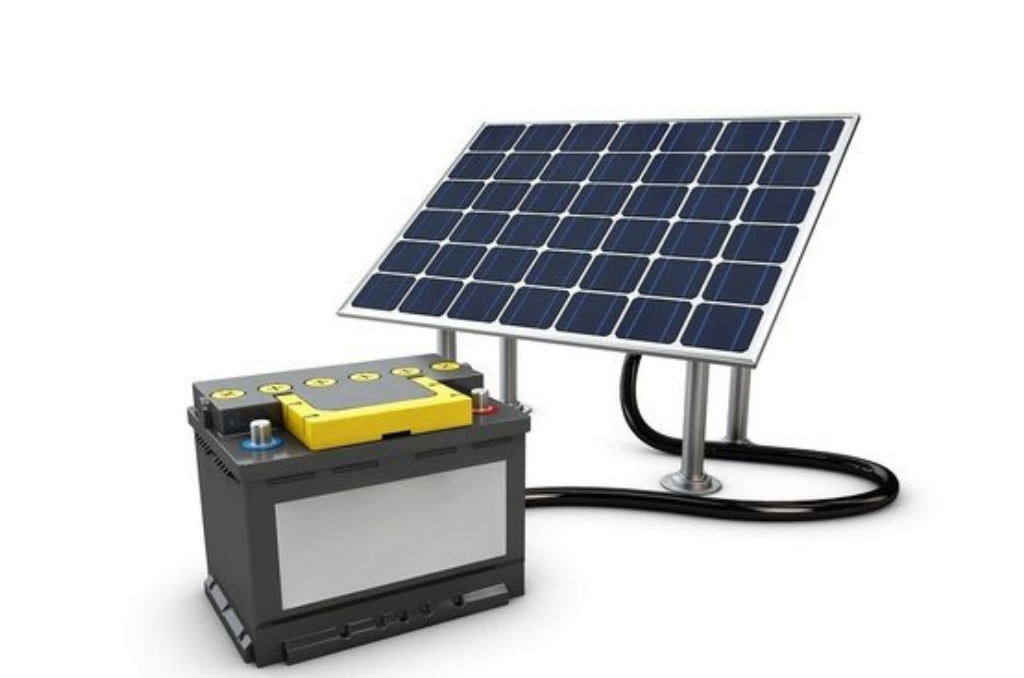 Battery inverters convert electricity from a solar battery into AC electricity for household use. These are a good option if you are retrofitting a battery into an existing solar power system or want to keep your solar panels and battery separate. 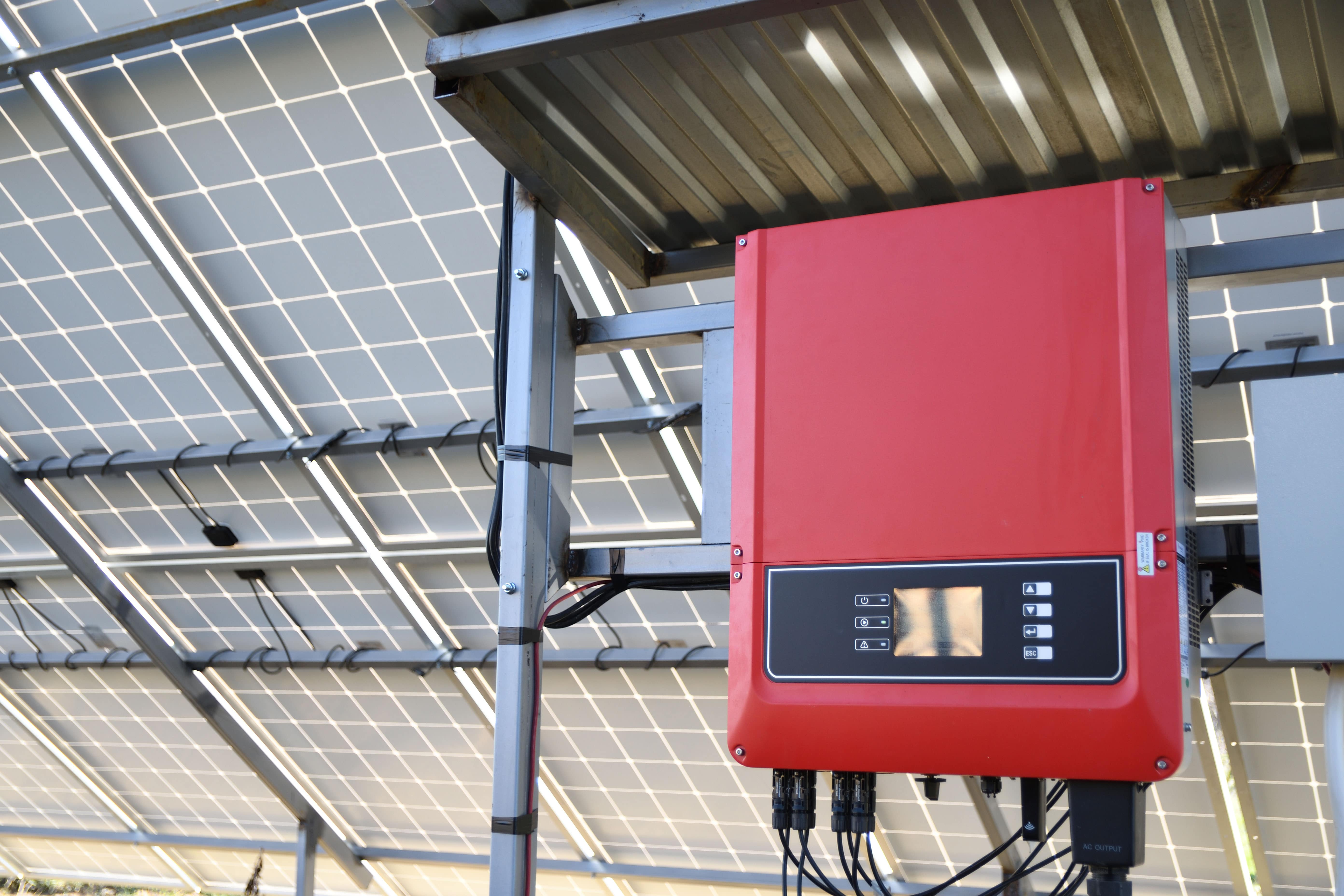 Hybrid inverters allow you to connect a battery to your solar power system. They're also known as multi-mode inverters. Using a technique called DC coupling, hybrid inverters control the charging and discharging of connected batteries.


What size inverter do I need for my solar panels?

In most cases, you'll want a solar inverter that matches the size of your solar panel system. So if you have a 6kW system, you'll need an inverter around 6,000 W. Whether you're installing a new solar PV system or upgrading your current system, your local solar specialist will be able to advise you on the best solar inverters for your needs.

Also read: How many solar panels and batteries do you need to power a house?


Where are solar inverters placed?

String solar inverters are typically placed on an external wall of your home or business property, usually near the power board. This is to help protect the inverter from the weather and improve performance. Inverters work better in the shade. Microinverters are located on each individual solar panel.

Here at iBreeze we work with SMA, Fronius or Zever solar inverters and are happy to advise you on which brand will be the best solution for your solar needs.


How often should you get the solar inverter replaced?

If you're noticing issues with your PV system or energy output, it could be a problem with the inverter. Your local solar panel specialist can carry out any repairs and replacements you might need. For solar maintenance in Mandurah and Perth, give the team at iBreeze a call.

Whether you're considering investing in solar power, need high quality repair services or are looking to upgrade your current system, the team at iBreeze are here to help. We're a local family-owned business specialising in solar panel installation, solar panel repairs and solar maintenance. Call us today for expert advice and an obligation-free quote.